NEW YORK: Elon Musk, the world’s richest man, struck a deal on April 25 to buy Twitter for $44 billion, capping a saga complete with hostile takeover threats before delivering him personal control of one of the most influential social media platforms on the planet. Twitter famously served as a megaphone for former US President Donald Trump before the platform banned him, and Musk, a self-proclaimed “free-speech absolutist”, has said he wants to reform what he sees as the platform’s over-zealous content moderation.

VOSAP recognized in Address to Nation by PM Modi

During “Mann Ki Baat”, a monthly address to the nation PM Modi recognized Voice of SAP’s technology initiatives and its impact on Divyangs (Persons with Disabilities). He appreciated the inspiring work of “Voice of SAP” and shared how Voice of SAP has been promoting newer opportunities in the area of Assistive Technologies. Its innovative initiative, leveraging innovations in technology with the launch of 3D VOSAP Art Gallery, the world’s 1st virtual art gallery on the theme of DISABILITY.

GST Council for hike in rates of 143 items

NEW DELHI: As part of a proposed rate rationalization under the Goods and Services Tax (GST) regime to bolster revenues, the GST Council, the governing body for the indirect tax regime, has sought the views of states for hiking rates on 143 items. Of these 143 items, 92 per cent are proposed to be shifted from the 18 per cent tax slab to the top 28 per cent slab.

BENGALURU: Billionaire Mukesh Ambani has abandoned a plan to buy Kishore Biyani’s beleaguered retail chain Future Retail amid protracted legal challenges. In a regulatory filing on April 23, Reliance said its proposal to acquire certain assets of Mumbai-based Future Group, which ran the nation’s biggest retail grocery chain before the pandemic struck, “cannot be implemented” after its flagship firm Future Retail failed to win the approval of its secured creditors for the deal.

NEW DELHI: European Commission President Ursula von der Leyen on April 24 listed climate change and the Ukraine crisis as factors driving Europe’s quest for renewable energy, a field in which she said the European Union (EU) and India need to step up their cooperation. During her visit, she interacted with youngsters at the TERI Gram campus, which is devoted to developing green technologies.

NEW DELHI: To encourage “aatmanirbharta” in defense manufacturing and reduce the financial burden on local industry, the Defence Ministry has announced that all modernization requirements of the armed forces will be met indigenously, and domestic industry will not have to furnish “integrity pact bank guarantees” (to check wrongdoing) for acquisitions costing more than Rs 100 crore.

NEW DELHI: The Government has banned more YouTube channels for spreading false information. The list includes 10 Indian and six Pakistani YouTube channels. Earlier this month, the Ministry of Information & Broadcasting banned 22 channels on YouTube, 18 of which were based in India and four in Pakistan.

BEIJING: Beijing has demanded Islamabad increase efforts to protect Chinese projects and personnel in Pakistan and address the “root cause of the problem” of terrorism, after a blast in Karachi on April 26 claimed the lives of three Chinese nationals. They were among the four persons killed in a car explosion inside the premises of the University of Karachi. 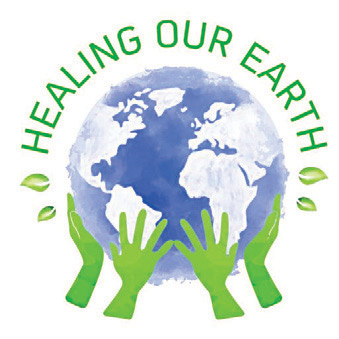 As the COVID-19 pandemic careered across the world, there was a sense of trepidation among people, apprehensive about their well-being and future. It was no different for Nil Kumar and his community of friends. Nil felt a sense of calling to do something for them. He reached out to many. They felt a sense of momentary relief as he engaged with them. But he wanted to help a larger segment of affected people, wherever they may be.

Touched by the support and camaraderie of his community, Nil put together his well-honed leadership skills to build ‘Healing Our Earth’, an E-Community Channel. They produce and promote a variety of FREE Sessions and Summits for Global Online Audiences on subjects that are significant to the community including health, and spirituality. It is open to all people of all age groups and organizations seeking inclusivity and nourishment. Today, this initiative has audiences in 190 countries. Each episode attracts on average 4,000 people from at least 30 countries.

The group of companies has over 25 years of experience working in the Sports and Education sectors consisting of Planet Education, Elite Football, and Elite Rugby. The residential tours are aimed at youth players with a key focus on developing talent and ensuring participants gain an invaluable life experience.

UKESG will be coordinating educational tours to be held at Solent University, one of the UK’s leading sports universities, where the participants will benefit from guest lectures and workshops. Chris Vertannes, Chief Executive Officer, UK Elite Sports Group (UKESG), said: “Having successfully shared best working practices within the Sports and Education sector in the UK, it is hugely exciting to be here in India and to be expanding our services to a global audience.

Sudhir Mishra, Founder & Managing Partner, of Trust Legal, said: It is deeply inspiring to support the development of growing sports and education links, strategic alliances, and knowledge exchange partnerships between India and UK for shared property.